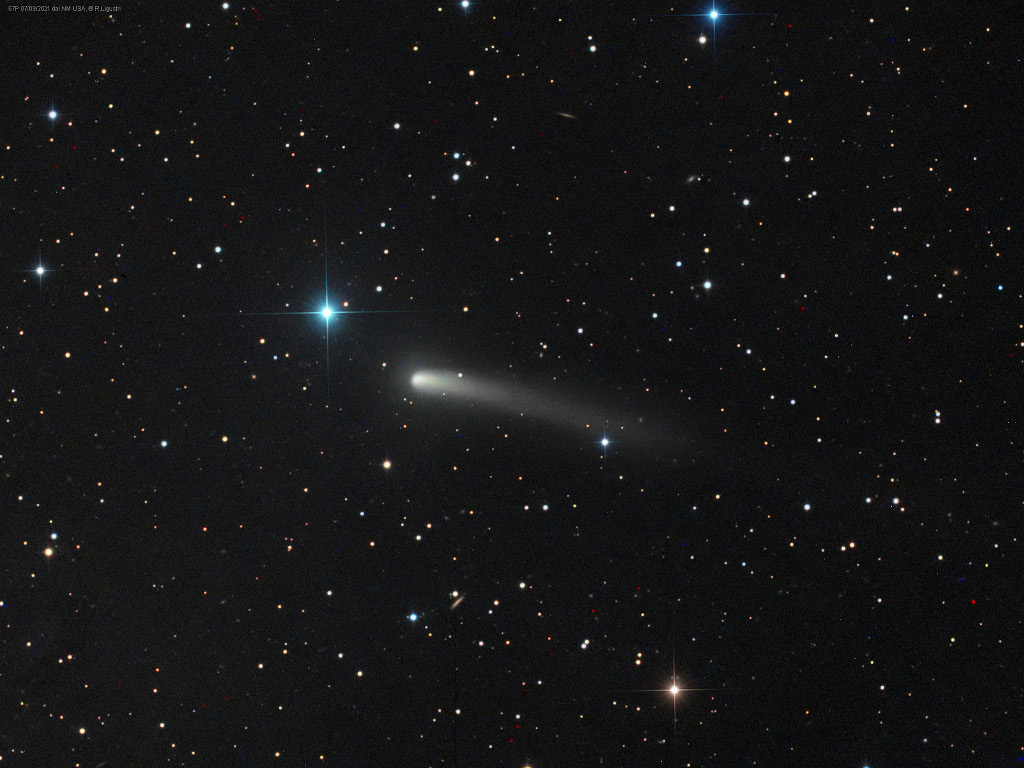 Faint comet Churyumov-Gerasimenko (67P) sweeps past background stars in the constellation Taurus and even fainter distant galaxies in this telescopic frame from September 7. About 5 years ago, this comet's 4 kilometer spanning, double-lobed nucleus became the final resting place of robots from planet Earth, following the completion of the historic Rosetta mission to the comet. After wandering out beyond the orbit of Jupiter, Churyumov-Gerasimenko is now returning along its 6.4 year periodic orbit toward its next perihelion or closest approach to the Sun, on November 2. On November 12, the comet's perigee, its closest approach to Earth, will bring it within about 0.42 astronomical units. Telescopes should still be required to view it even at its brightest, predicted to be in late November and December. On September 7 Rosetta's comet was about 0.65 astronomical units away or about 5.4 light-minutes from our fair planet.